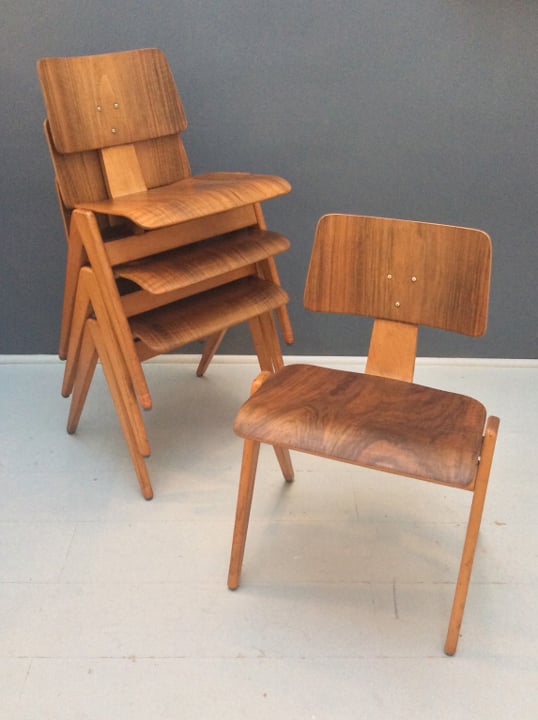 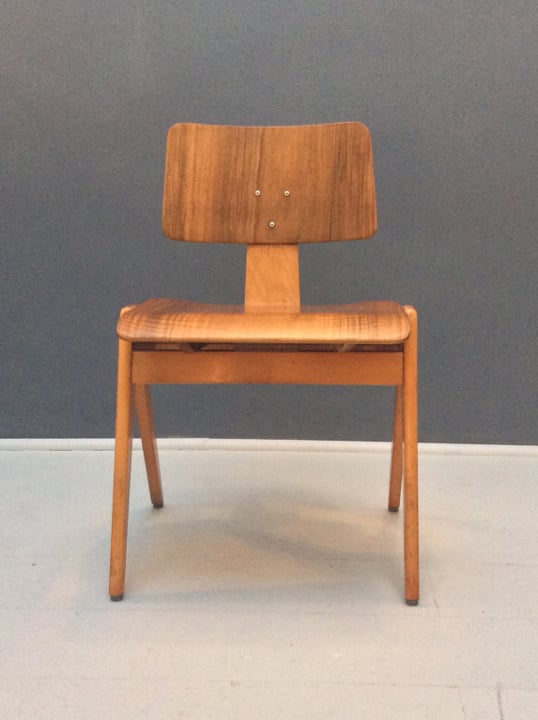 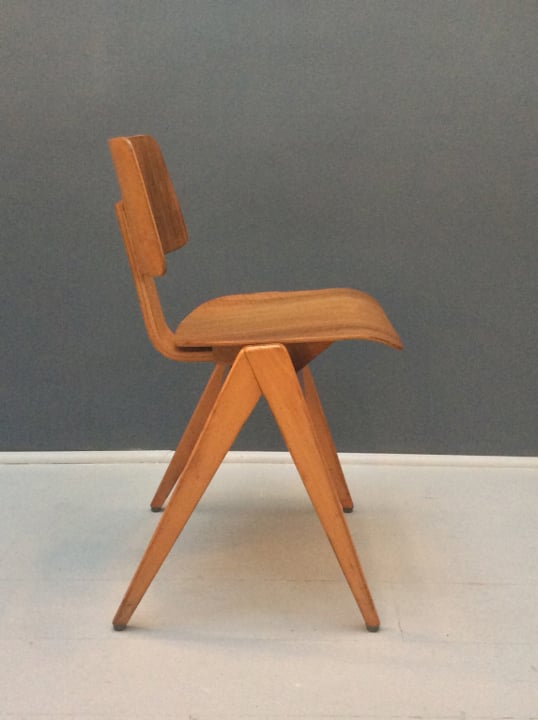 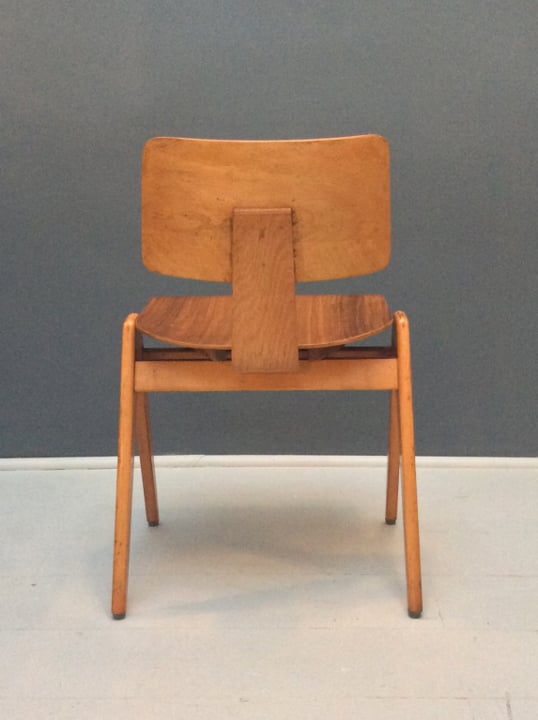 Formed bent plywood chairs with beech frames and walnut-faced panels; these are Mark II chairs with compass-shaped legs. The set has been used in line with age, and has received light restoration; overall the chairs present very nicely.

Robin Day (1915-2010) is widely regarded as one of the most influential British furniture designers of the 20th century.